Arabica Dalat – Cau Dat is a special type of Arabica coffee beans grown in the central Vietnam. Because of its specific benefits, it is preferred by a large number of coffee importers in the global market. Therefore, foreign businesses should know the basic information about this type of coffee beans.

Arabica Dalat – Cau Dat is one of the most favourite coffee beans among diverse types of coffee beans in Vietnam due to its outstanding taste and affordable price.

In the late 19th century and early 20th century, coffee trees first appeared in Vietnam. In the provinces of Ninh Binh and Quang Binh, many coffee plantations were established, with the initial product being mainly Arabica varieties. Moreover, Lam Dong Province in Dalat, especially the Cau Dat area has ideal weather for the development process of Arabica. Arabica Dalat – Cau Dat has become a famous type in the Vietnamese coffee market since then and has quickly become popular in the world.

Cau Dat, Da Lat is a paradise for Arabica coffee trees, with an elevation of approximately 1,600 meters above sea level and a cold, foggy climate all year round. Favorable natural conditions have supported Arabica Dalat – Cau Dat has very high quality and is known as the “Queen of Vietnamese coffee”, one of the most delicious Arabica coffees in the world.

Green Arabica beans, which are the original coffee that has been peeled and dried, but has not roasted, should be stored tightly to avoid mold and high temperature. Stored Arabica Dalat – Cau Dat in cloth bags is the most commonly used option.

Normally, roasted Arabica Dalat – Cau Dat coffee beans and all types of coffee beans will be preserved in glass jars to preserve their distinctive aroma.

With a trustworthiness for ranking the world’s second biggest coffee exporters, Vietnamese Arabica coffee has both pros and cons. The authority wants to improve not only the production and growth of Arabica Dalat – Cau Dat but also to meet the quality standards of demanding importing nations like the EU and the United States.

According to coffee experts, if Vietnam can successfully push Arabica Cau Dat specialty coffee to the international market, it will be an emulative product that would aid Vietnam’s long-term economic growth.

Trung Nguyen Coffee Co., Ltd has the largest Vietnamese coffee processing factory in the Central Highlands, including two workshops for processing powdered coffee and instant coffee, with a total investment value of more than 152 billion VND.

Operating since 1996 in the field of Vietnamese agriculture, K-Agricultural wishes to bring high quality coffee in large quantities, at reasonable prices to the international market.

K-Agricultural Company – one of the best suppliers of agricultural products in Vietnam has contributed to bringing thousands of tons of Vietnamese coffee to the world, especially to demanding markets such as the US, Japan, and Africa. Before being put on the domestic and global market, the products are carefully selected by hand and processed according to special methods to ensure the quality of each grain.

Vinacafe Bien Hoa was born in 1968 with the predecessor of Coronel Coffee Factory. The company’s most famous product is the 3-in-1 instant coffee because of its convenience. Up to now, Vinacafé’s third factory is invested more than 500 billion VND, built on an area of ​​nearly 5 hectares in Long Thanh Industrial Park, Dong Nai province, which is 4 times larger than the second factory and 40 times larger than the first factory of Vinacafé Bien Hoa. 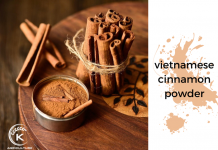 Wholesaling cinnamon powder and fundamental information about it 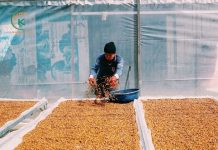 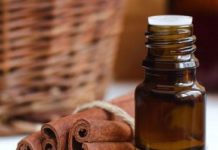 Cinnamon oil factory: Spot the best of them